VfL Wolfsburg shows a negative and KAA Gent a postive trend in their TPIX slopes. However Wolfsburg’s TPIX is still above Gent’s TPIX and therefore Wolfsburg has a higher chance to win.

Due to an earlier winter break in the Ukraine TPIX calculation of Donetsk stops around matchday 12 of German Bundesliga. According to the TPIXs of the teams we expect a tight match. 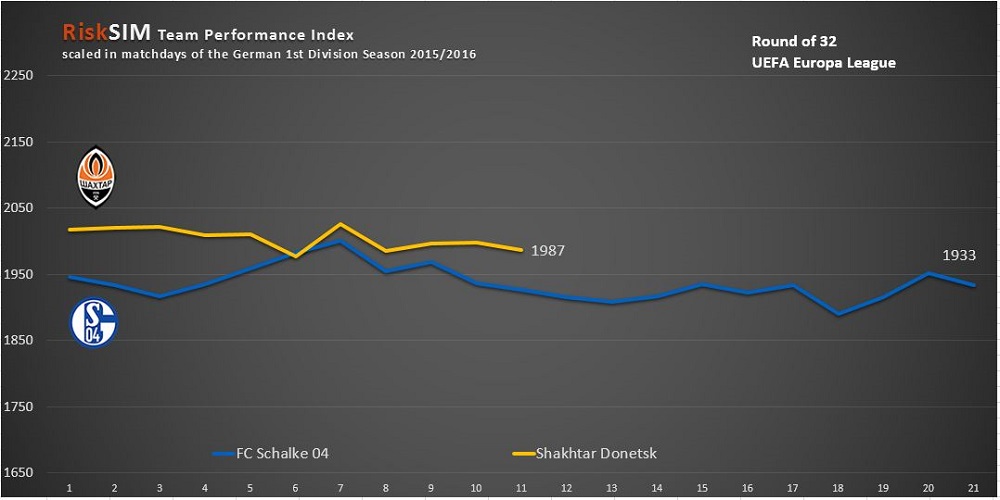 Before winter break in Germany FC Augsburg showed a strong positive trend, which ends in a smaller gap than expected between TPIXs of Augsburg and Liverpool.

Due to lost matches against PAOK Saloniki and 1. FC Köln, both teams with a significant lower TPIX than Dortmund, the TPIX of Dortmund went down before winter break. According to the TPIX we expect a tight match between Dortmund and Porto, with Dortmund having higher chance to win. 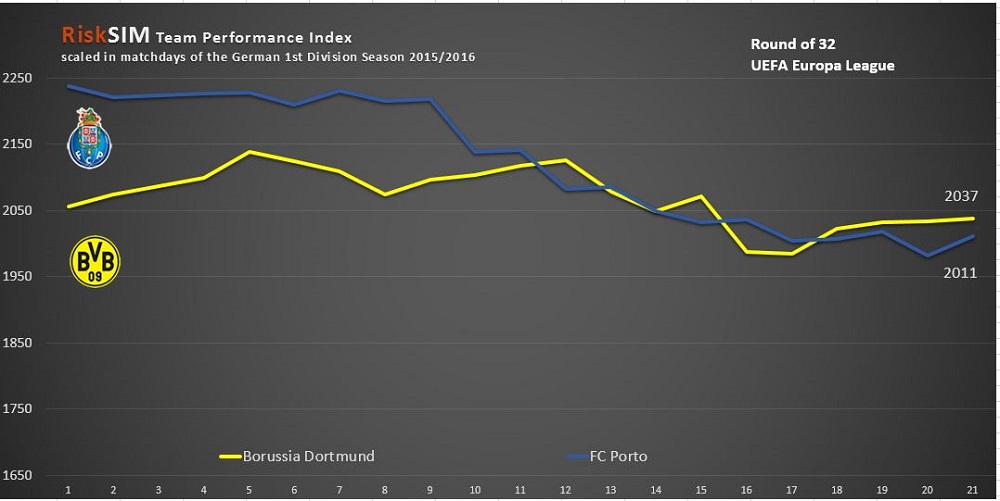 TPIXs of Leverkusen and Sporting are very, very close. Due to latest performance Leverkusen shows higher chance to win. 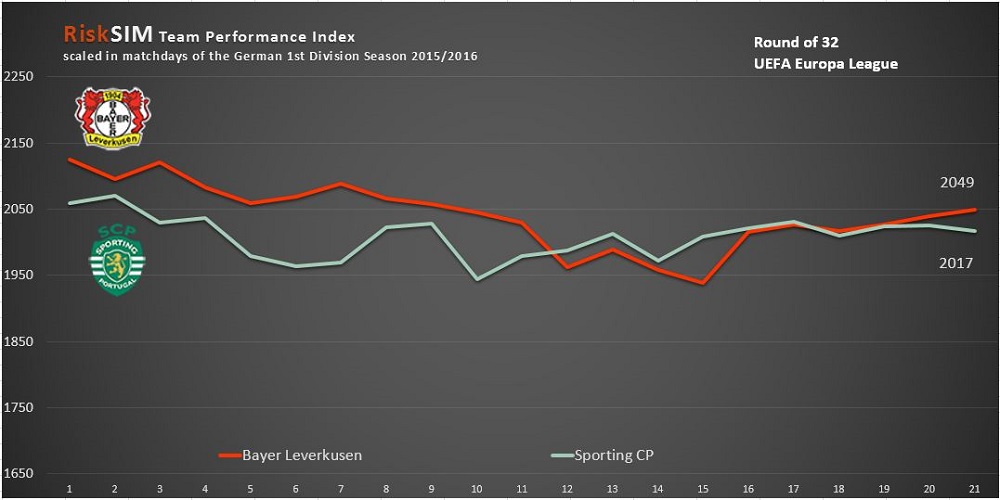