The TPIXs of all Champions League quarter-finals show clear distances between the two opponents. No surprise, Barca is the overall favourite showing the highest TPIX. TPIXs of FC Bayern München, Real Madrid and Paris Saint-German are very close, however with a clear gap to that one of Barca.

Charts below show TPIXs over the whole season of all teams participating in quarter-finals of European football competitions, finishing with TPIX as of March 18th.

Examples below are no recommendations for betting or other applications. Since football is a highly stochastic, uncertain and volatile game it is the nature of indices like TPIX that teams with lower TPIX can beat teams with a higher TPIX.

Bayern München has a TPIX on a high level over the whole season and has higher chances to win indicated by a significant higher TPIX compared to Benifca. However TPIX of Benfica shows an upward tendency.

FC Barcelona has highest TPIX of all quarter-finals participants and is therefore favourite compared to any other team, even in a high level CL quarter-final.

Due to poor performance in German Bundesliga TPIX of Vfl Wolfsburg is significant below TPIX of Real Madrid. Wolfburg started in August with a TPIX on Champions League level and has now the lowest TPIX among all quarter-finalists.

Due to most recent unsuccessful perfomance in Premier League TPIX of Manchester City shows a clear downward drift. However, Champions League is the final chance for City for a successful season, a component which is not part of the TPIX. 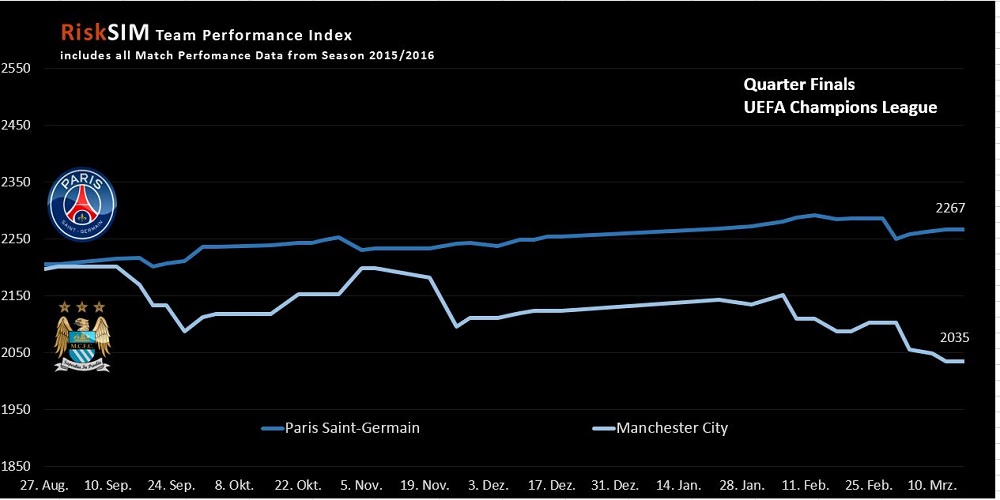 The TPIXs of all Europa League quarter-finals show closer gaps between the two opponents compared to those of the Champions League. Except for Dortmund vs Liverpool where Dortmund has a signficant higher TPIX and advances to the top favorite of Europa League this season.

Borussia Dortmund has a TPIX on Champions League quarter-final level and is therefore favorite for winning Europa League this season. TPIXs of both teams show a recent upward tendency.

Current TPIXs of Bilbao and Sevilla are very close and predict a tight match. TPIXs of both teams show a recent upward tendency. Over the whole season Sevilla has a higher TPIX-level compared to Bilbao.

TPIXs of Braga and Donetsk are very close almost over the whole season. Most recently TPIX of Donetsk raised a little bit. Due to a long winter break TPIX of Donetsk is constant during this period. 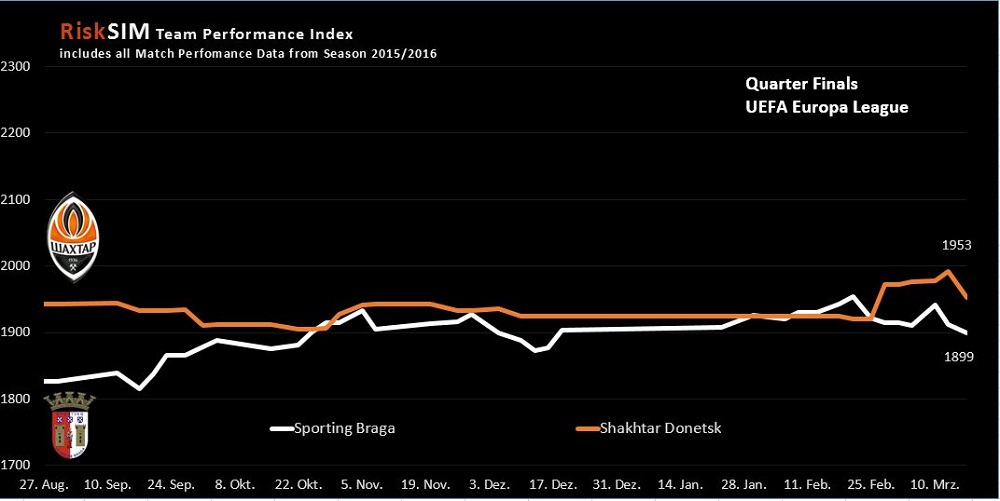 During the whole season there is a large gap between TPIXs of Villareal and Praha. Most recently TPIX of Praha shows a strong increase but TPIX of Villareal is still higher. 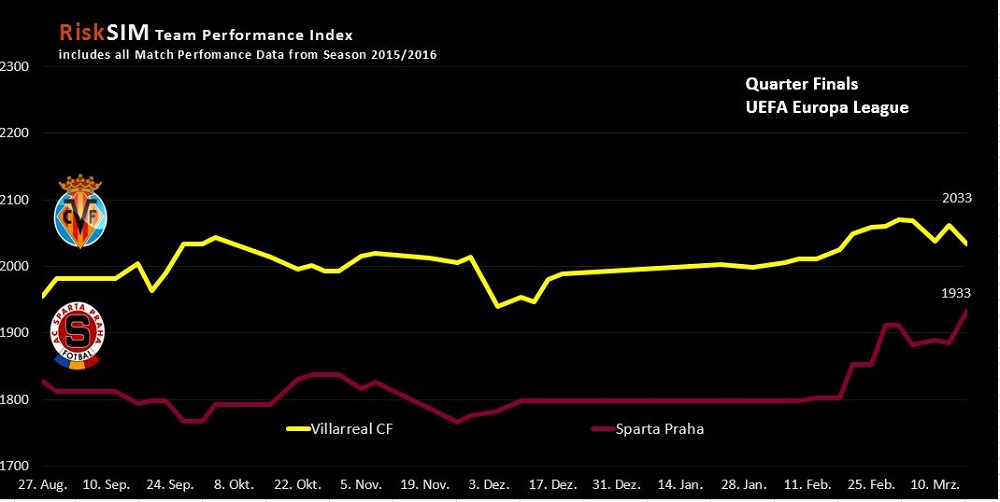